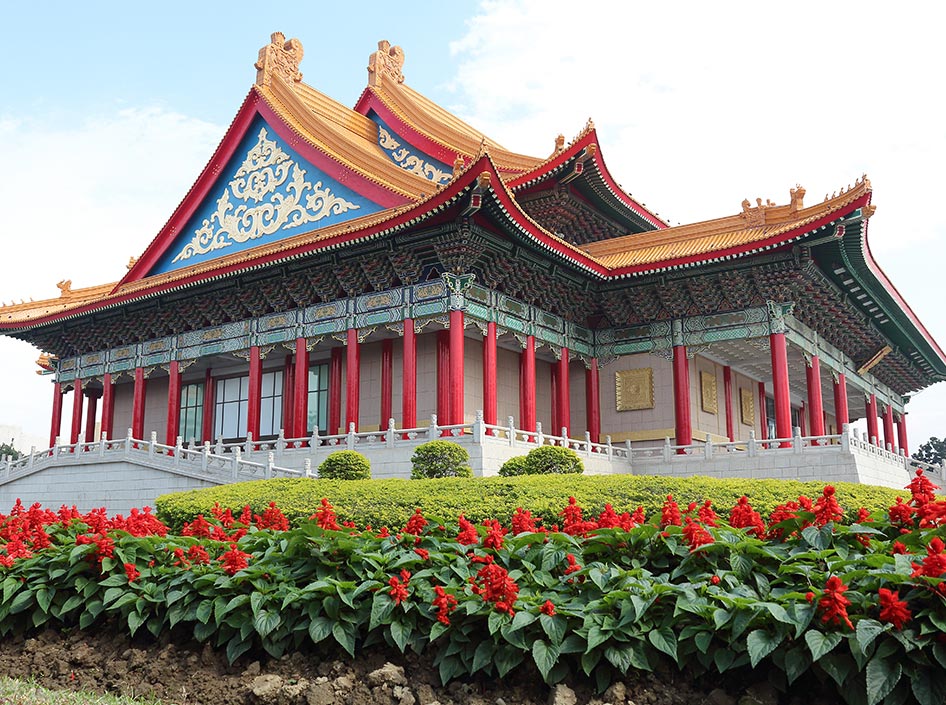 Accessible Holiday Rentals Taipei. is the capital city of Taiwan. It is a special municipality of the Republic of China. Taipei is the political, economic, educational, and cultural center of Taiwan. Taipei is part of a major high-tech industrial area. Railways, airports, and bus lines connect Taipei with all parts of the island.

The Taipei Baoan Temple
A folk religion temple in the Datong District of Taipei, Taiwan. The Taipei Confucius Temple is located next to the Baoan Temple.

The National Chiang Kai-shek Memorial Hall
Is a national monument, landmark and tourist attraction erected in memory of Chiang Kai-shek, former President of the Republic of China. It is in Zhongzheng District, Taipei, Taiwan. The monument, surrounded by a park, stands at the east end of Liberty Square. The structure is framed on the north and south by the National Theater and National Concert Hall.

Chen Chao-chun
A tea merchant built The Taipei Story House in 1913–14 during Japanese rule. It was a guest house for rich merchants, and other important local people. The Story House museum now has exhibits related to tea and local history. It is near the Taipei Fine Arts Museum and close to Yuanshan Station.

Handiscover will help you make all the arrangements to find accommodation to suit your situation. Our website offers three accessibility options to choose from. You select your option and a list of accommodations appears that offer what you need. Select from the list and have an easy and relaxing stay away from home.

The Taipei Metro has five metro lines. The Taipei Metro includes facilities such as the Maokong Gondola, underground shopping malls, parks, and public squares.
Taipei’s rail system runs along the west coast of Taiwan, from Taipei to the southern city of Kaohsiung.
A city bus system serves metropolitan areas not covered by the metro. Riders of the city metro system can use the EasyCard for discounted fares on buses, and vice versa.
Airport -The airport website offers comprehensive transportation information including ticket prices from Taoyuan International Airport to Songshan Airport or Taipei Railway Station.